Current State and pitfalls
In most scenarios, we should be concerned about “Secret sprawl” i.e. the distribution of the secrets. A typical configuration setting like database username and password would be used at various places in multiple applications/services. Moreover, there are multiple environments like dev, pre-prod and prod. The entries start multiplying when we need to maintain more than one environment for multiple clients.

The challenges with “secret sprawl” are as follows:

Configuration Management Concepts
The desired state of the applications should be as follows: 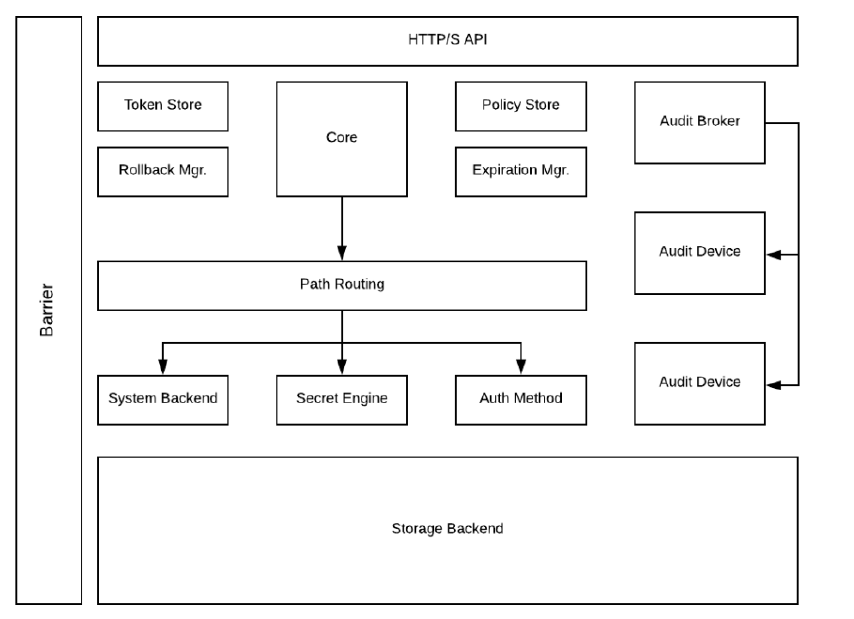 A detailed understanding of the Vault architecture can be viewed in the documentation at the following location.
https://www.vaultproject.io/docs/internals/architecture.html

Some key highlights are:

Details can be viewed at https://www.consul.io/docs/internals/architecture.html
Key Highlights:

Along with Vault with Consul backend we will use a tool from Hashicorp called ‘envconsul’. This utility launches a subprocess (application NodeJS/python or any other application) populating the environment variables based on a client configuration.
This utility also watches the configuration on the Consul and Vault and restarts the processes whenever there is an update in configuration entries being watched. We can configure envconsul as a client with restrictive read mode privileges to make sure that a service uses only configuration it is meant to read. 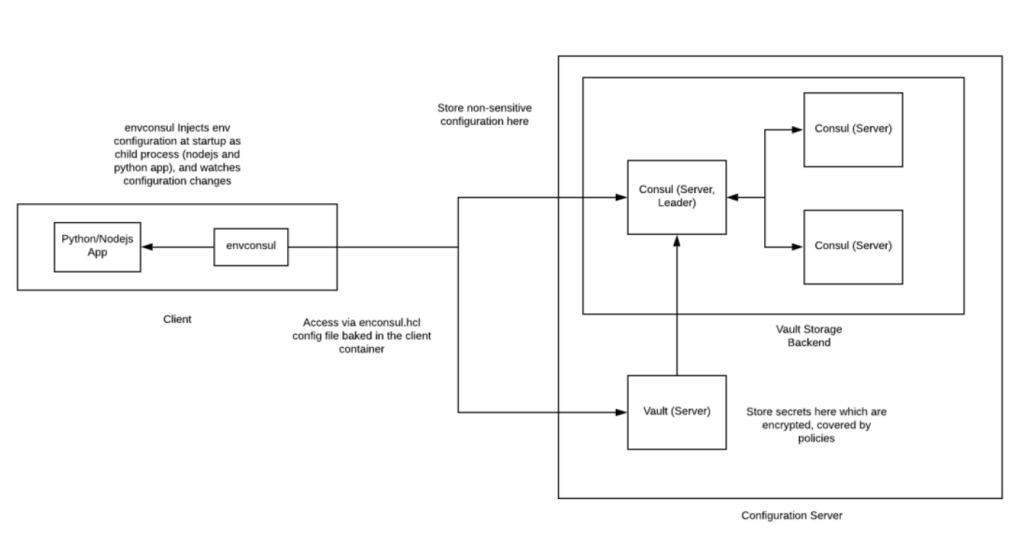 Refer Setup and Configuration Steps of Valut and Consul in next article.

Donate Us with PayPal

Iconic One Theme | Powered by Wordpress